Photos: BBN Maria fights on Twitter over claims of her real age

The former BBNaija housemate Maria is fighting tooth and nail over her real age over there on twitter and this is gaining much traction from the entire public as she is trying to maintain that the age she said is her real age is actually her real age.

It is fairly obvious that many female celebrities do make people think their age is not their real ages like a lot of them do and many people think this is the same thing with Maria as she kept claiming that this is her real age as she has said but trolls have decided to say that this is a lie in fact. 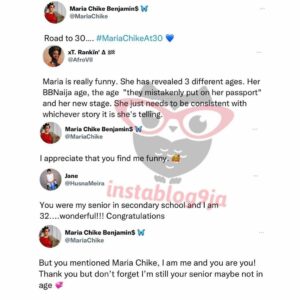 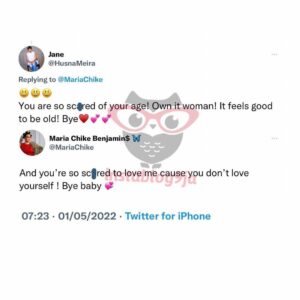