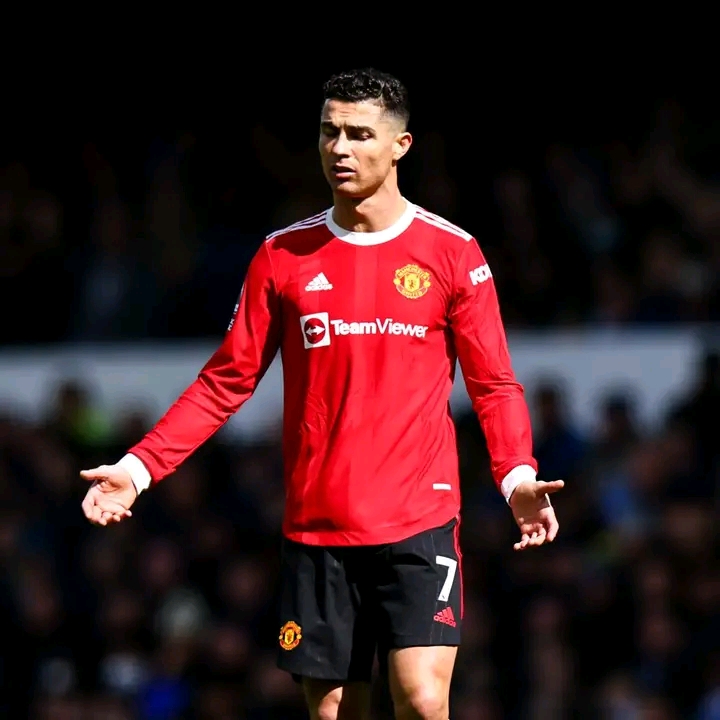 Manchester United star, Cristiano Ronaldo will now miss out on champions league football for the first time in 20 years if he remains at club next season.

Cristiano Ronaldo has not had it easy and is about to close one of his worst seasons, despite being Manchester United’s top scorer this season with 24 goals in 37 appearances.

But despite this, the Portuguese star and Manchester United are out of the Champions League next season, and could even be out of the Europa League, as West Ham have two games in hand and are six points behind the Red Devils.

They are sixth in the Premier League with 58 points, three points behind Tottenham, but the London team has three games in hand and the Manchester side only has to visit Crystal Palace.

Therefore, to play in the Europa League they will have to win that game and hope that Conte’s men do not even get a point, something that seems very difficult.

Ever since he made his debut with Portuguese club Sporting CP in 2002-03, Cristiano Ronaldo has always played in Champions League matches. Even in that first season as a Sporting youth team player, CR7 played a third qualifying round match with the Lions against Inter, although they failed to qualify, having to go on to play in the UEFA Cup.

The Portuguese will now have to decide his future, as he never missed his date with the best competition in Europe, the Champions League. To play it, he will have to leave the English club and look for new horizons.