The thespian died on Saturday, May 14, after a long battle with kidney disease. 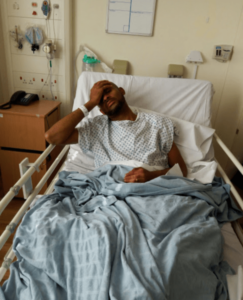 Earlier in July 2016, word got out that the actor was down with kidney-related disease. He had a transplant last week. However, he developed complications after the surgery and died on Saturday. 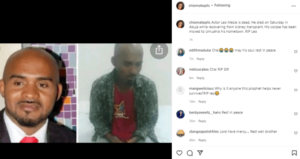 Actress, Chioma Toplis, announced his passing on social media on Monday, May 16.

“Actor Leo Mezie is dead. He died on Saturday in Abuja while recovering from kidney transplant. His corpse has been moved to Umuahia his hometown. RIP Leo”. Chioma wrote