Fans of the Big Brother Nigeria’s Pere, who donated money for him, has called out the lady, that fled with N5million donated.

The lady’s name is Mummy Bim, who created a group of VVIP for the purpose of raising money for Pere. After the money was raised, she decided to dissolved the group and promised to send the money to him. But till now he has not gotten the money.

Some of the fans has being calling for refund of their money, MummyBim has also blocked people working with her and also anyone, who called her to remind her of the money. 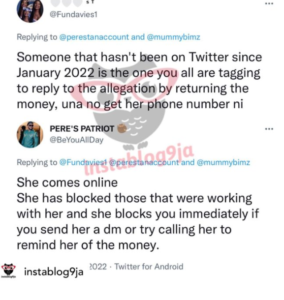 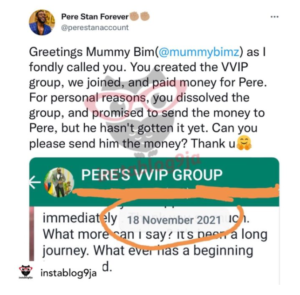 I urgently need a complete God fearing man that will marry me. – Eucharia Anunobi cries out