Businessman’s Aliko Dangote’s son-in-law, Jamil Abubakar, is at risk of losing access to his son as his babymama, Irene Chiamaka Nwachukwu, has filed for a sole legal custody of the boy.

Irene, in her lawsuit said this is due to Abubakar’s open support for extra judicial killings.

Recall that on the heels of the gruesome murder of Deborah Samuel, a student of Shehu Shagari College of Education, over alleged blasphemy, Abubakar, who’s the son of a former Inspector General of Police, Mohammed Abubakar, had said the punishment for blasphemy is death.

“In Islam, we respect the Injil, Taura, Zabur, we were never taught to disrespect any of the book, or any of the prophets from Adam to Muhammad SAW and the Quran. The punishment for blasphemy is death in most religions including Christianity. Respect people’s religion, it’s simple,” he said in a now-deleted tweet.

His babymama has now filed a lawsuit for full custody of their son. According to her, she’s disturbed and seriously concerned about leaving her child in the care of someone with such extreme mindset.

She stated that she wouldn’t be seeking child support or needing his assistance with parenting such as attending Parents Teachers Association meetings, deciding the house he lives in or the school he attends as well as other things.

Adding that her son is from a Christian home and she is therefore very disturbed and concerned about leaving him with someone with such ideology. 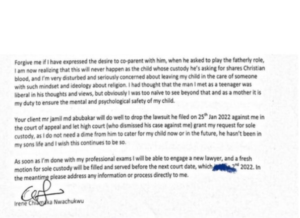 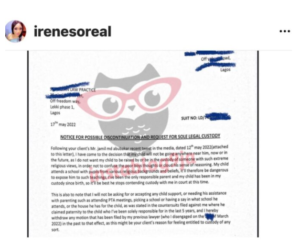 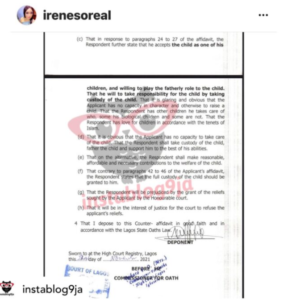 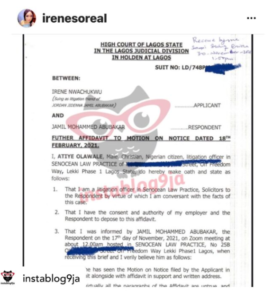