“God has a special kind of love for me”, Nkechi blessing spills as fan sends her N1m

Popular actress and socialite, Nkechi Blessing has revealed that an anonymous male admirer of hers has placed her on a one million naira monthly allowance.

It can be recalled that days earlier the actress had revealed that an anonymous person had sent her one million naira to take herself out. 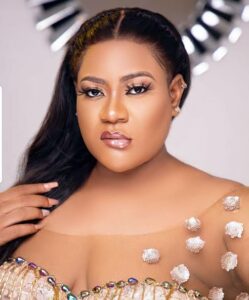 Nkechi Blessing who appears to be loved by many and has a anonymous admirer has once again been expressed her joy over what the admirer has done for her. 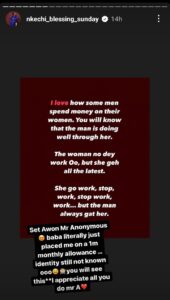 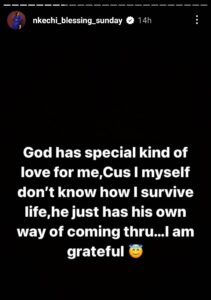 “You go d!e if you cover up?, Looking for more clients?”– Fans react to Skit maker Ashmusy’s cleavage revealing post

Timaya links up with babymama for his daughter’s birthday (Photos/Video).

Timaya links up with babymama for his daughter's birthday (Photos/Video).