"I am my son's only parent", Davido's alleged fourth baby mama spills. 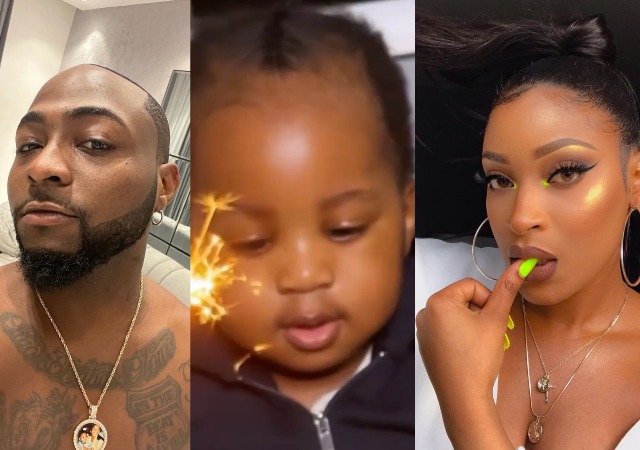 Yasmin Larissa Lorenco, better known as Larissa London the alleged fourth babymama of award-winning singer Davido, has asserted that she is the only parent of her son.

The mother of one, who many assume is the fourth babymama of the singer took to her Instagram story during a question and session with her fans to state that her son is fully hers as she is his only parent.

The fan had asked, “Are you having any Lil misunderstanding with Dawson’s dad. Cos you have never posted him”.

Larissa London replied, “No. I am Dawson’s only parent”.

Another fan had questioned why Larissa deleted all of her pictures on Instagram.

“Why did you delete all your pictures? And how is Dawson doing”.

She replied, “I got bored of them”. 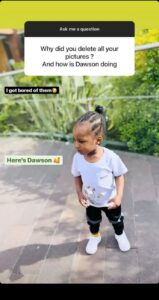 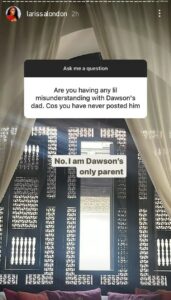