King Manny uploaded videos of himself and his girlfriend spending quality time at a club with him smoldering her with kisssees. 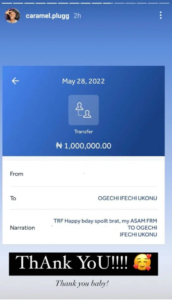 In celebration of her birthday, Manny sent his girlfriend a whooping sum of one million naira.

The video has sparked reactions among social media users who had thought that there was something going on between Caramel and Sydney.

See video and reaction below: 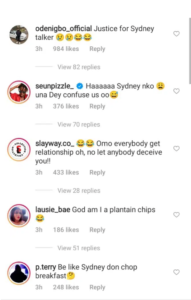