Some commercial motorcyclists, popularly called Okada riders, on Sunday, attacked Same Global Estate in the Lokogoma area of Abuja to avenge the death of two colleagues.

The incident happened after a motorist reportedly knocked down the two riders, killing them. He was said to have fled into the estate for safety. 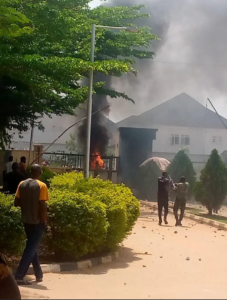 Subsequently, the aggrieved motorcyclists set fire to two buildings on the estate.

“An accident involving a bike man occurred and two people died. The bike men came with knives and sticks, looking for the driver who narrowly escaped into the estate. Shots fired,” a resident said. 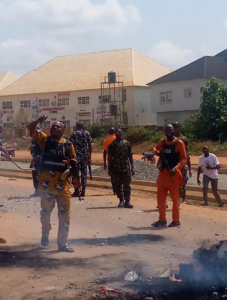 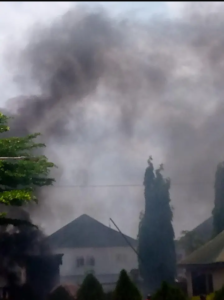