The comedian had proposed to Rada last year and the news caused a frenzy on social media. 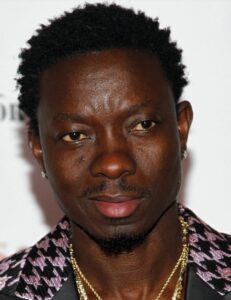 In a recent interview, Blackson revealed that his girl is a freak and she enjoyed watching him sleep with other women during the early stages of their relationship.

According to him, during their love making session, she reaches climax whenever he tells her what he did with the last woman.

“My girl Rada is a freak. Earlier in the relationship, she enjoyed watching me sleep with women… she did!

“In fact, when me and her are having s*x, what makes her cu.m [is] when I tell her what I did with the last person.”

Man who was divorced by wife for deciding to study Nursing, finally graduates with flying colors (Details).