As expected, Digger association have gone to dig out videos and photos of the guy BBNaija star, Maria talked about in the reunion show last night, whom Angel allegedly slept with in Dubai. He is a friend of Maria’s boyfriend, Kevin.

“Why is Maria crying over a single guy? Is Kelvin gbola not enough for her? Or, you still want this guy too?

Hohohoho. The gist is that Hanty Maria has been crushing on this guys for years, but the guy no dey see her or rate her. Immediately that guys saw Angel, he became restless, seeking for Angel’s attention, he was all over the RHGS, he begged everyone that knew Angel to introduce them.

The jealousy and envy in Maria couldn’t take it, she has always wanted the guy and now the guy wanted only Angel.

Inside the house. Angel beat her to her game. In Dubai again, Angel took away her crush without stress. Do you all see her ang*r, painment and frvs+tat!on?

If Na you nko? How can one small girl be collecting everything you ever wanted with easy.

That arrow is Nkechi worming up to the guy to be noticed by force. The guy no just send her bendy nyash.

Go and marry Kelvin and leave young pretty ladies alone. It’s not because of them you ended up a side hen.

Lastly, the guy is a friend to Davido crew and you all know that Davido Lawyer is Angel manager. So Angel mate the guy through her own team. Kelvin is just an errand boy in Dubai.” 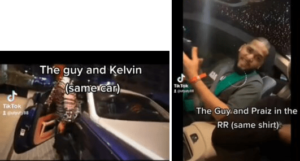 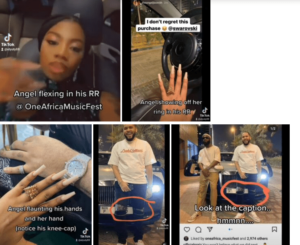 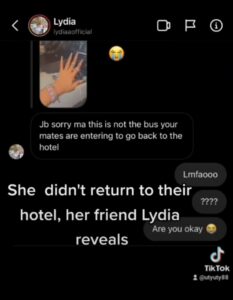