GISTLOVER reported that the Lagos socilaite has been exposed by the popular blog, Gistlover of being in an amorous relationship with a Yahoo boy who is funding her extravagant lifestyle.

GISTLOVER also revealed that the wife of the Yahoo boy had stormed her husband’s Lekki house and had disgraced Papaya Ex.

GISTLOVER had also laid bare that Papaya Ex’s mum, Muti Oyo, used to be the side chick of Ajimobi as well as the Alaafin of Oyo.

Reacting to these rumors, she has first cleared that her mum was never in a relationship with Alaafin of Oyo because he’s her grandfather and that Ajimobi, who was the then governor of Oyo, and her mum were friends, same way successful people are friends with other successful people.

She added that she refuses to be bullied by the controversial blog and can do whatever she wants. 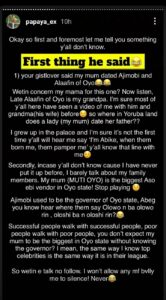 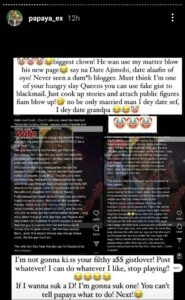 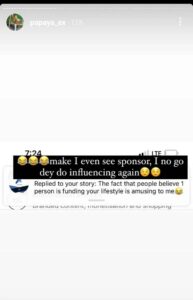 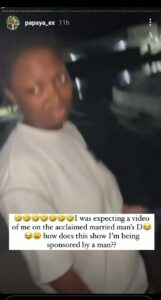