The Anambra state police command has busted a hotel in the state where girls between the ages of 14 and 17 are allegedly being used for s€x slavery, prostitution, and baby factories.

The spokesperson of the state police command, DSP Ikenga Tochukwu, in a statement, revealed that operatives raided the hotel named Gally Gally in Nkpor on intelligence and tips from residents around the area.

According to Tochukwu, about 35 teenage girls were rescued from the camp, and about four of them are pregnant. 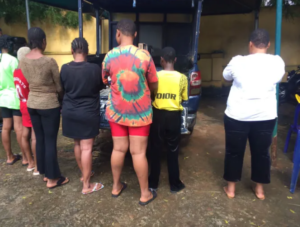 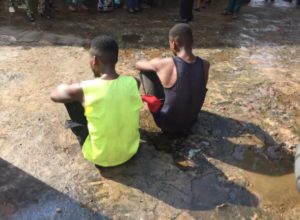 “We recovered three pump action gun, seven cartridges and cash sum of Eight hundred and seventy seven thousand, five hundred naira (#877,500). The Suspects arrested are being interrogated with a view to eliciting information on their involvement and unmasking other gang members.” the statement read in part.

Tochukwu added that the police will hand over the victims to NAPTIP for the welfare and rehabilitation of the children.