Veteran Nollywood actress, Eniola Badmus has stirred up reactions with her new photos on Instagram.

She shared the photos to shame her haters and critics who have been dragging her online over her choice of presidential candidate.

Recall that the beautiful actress shared a photo of presidential aspirant, Bola Ahmed Tinubu and his wife, Remi Tinubu. To which she captioned:

This gave rise to a heavy backlash online. The actress blocked off her comments section when the backlash became too much to handle.

To shame her haters, Eniola Badmus has shared a photo of herself n a swimming pool having fun while on a vacation in Texas.

The actress, who remains unbothered about their hatred for her over her choice of presidential candidate.

While sharing the photo the actress stated that she was living her best life.

She went on to advise her devoted fans to live their best live as people are watching.

“They are watching, live your best life”.

See the photos below: 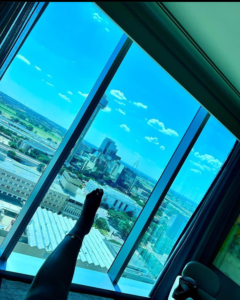 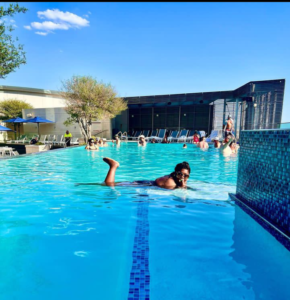