Nigerian rap star, Olamide Adedeji, has announced his intention to give a record deal to a young boy who impressed him during a music concert.

The ‘Wo’ crooner noticed a fan in the audience who sang along with him as he was performing on stage. 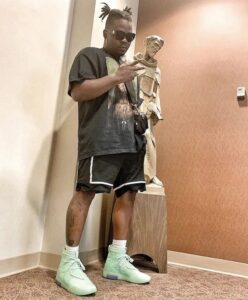 He paused his performance midway to announce that if the he is further impressed then he would sign him to YBNL.