A young lady has lashed out at Benin girls over the rate at which they use charms also known as juju, to be controlling young men.

She condemned them for visiting native doctors to obtain juju which is then used to entrap men and make them to do their bidding. 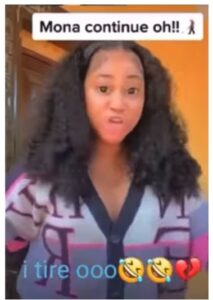 The lady wondered why the girls decide to use the juju on men instead of helping their father’s business to boom so that their family can be lifted out of poverty.

She said that even when they entrap a man and make him to spend on them, they use it to buy hair and iPhone instead of doing reasonable things.

In a video she posted on social media, she expressed outrage over how three girls use juju on one man and render him useless.