Big Brother Naija star, Prince Nelson, has been dubbed the ‘boyfriend of the year’ as he splashes millions of naira on a new Mercedes Benz car for his girlfriend.

The reality star, who’s rumored to be in a relationship with fellow reality star, Dorathy, shared a video which captured the heartwarming moment he presented the automobile to the actual love of his life. 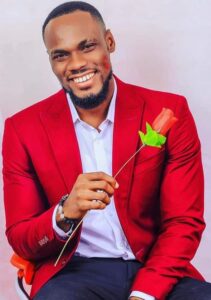 In a video he shared via his Snapchat handle, Prince handed the keys to the brand new Mercedes Benz to his girlfriend, while the lady, who apparently didn’t see that coming, beamed with excitement as she received the keys.

“Got my baby a baby”