The Legendary Singer Yvonne Chaka Chaka, Also Known As “Mama Africa,” Responded To A Video Of Josephine Aka Phyna, A Former Reality Tv Star And Bbns7 Winner, Whose Fans Gave Her Some Gifts And A Personalized Plate With The Legendary Singer’s Face. 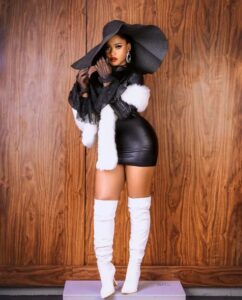 Remember That All Of The Big Brother Naija Season Seven Housemates Are In South Africa For A Two-Week, All-Expenses-Paid Trip To Cape Town, South Africa, Sponsored By The Pepsi Brand. 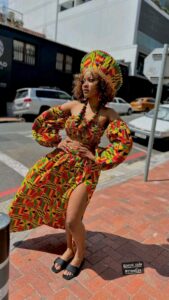 Phyna’s Fans, Who Identify As “phynation,” Presented The Reality Star Winner With Gift Items As They Met And Got To See Her Physically For The First Time.

Phyna, Who Was Excited About The Love Her Fans Had For Her, Was Smiling While She Was Opening The Items.

Yvonne Chaka Chaka, The Veteran Singer, Saw The Video And Acknowledged The Tv Star, Who Is One Of Her Biggest Fans. Reacting To The Clip Shared Online, She Tweeted: 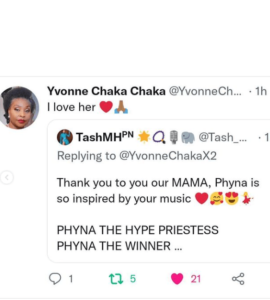 watched the video below