Popular Ghanaian actress, Yvonne Nelson, has said that it has been difficult to find love in her homeland.

The screen diva who noted this in an interview with Kingdom + FM in Accra, disclosed that she has been unlucky in romantic relationships with Ghanaian men.

According to her, she had several men she genuinely liked, but they didn’t think she liked them, hence their relationship failed. 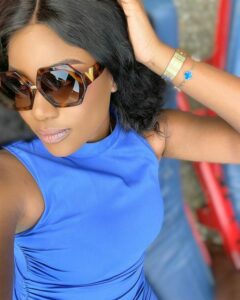 Speaking further, the mother of one said that she hasn’t had sexual relations with anyone in the last two years.

This comes after the actress in a recent social media post revealed that she misses falling in love.

Taking to micro-blogging platform, Twitter, the mother of one opened up about missing the feeling of falling head over heels for someone.

“I miss falling in love”, she tweeted.

It can be recalled that the 36-year-old dated popular Nigerian singer, Iyanya, in 2013, but their relationship only lasted a few months, and since she broke up with her baby daddy, Jamie Roberts, she’s yet to be linked to any romantic partner.

“Give me two years, I’ll bigger than Wizkid, Portable brags

"Give me two years, I'll bigger than Wizkid, Portable brags