On May 2, Politico obtained a draft of a majority opinion written by Justice Samuel Alito, that the Supreme Court would strike down Roe v. Wade.

The case affirmed the legality of a woman’s right to have an abortion under the Fourteenth amendment to the Constitution, in 1973.

Ever since this information was leaked, demonstrations have taken place across the United States. These are some of the various rallies on May 14. 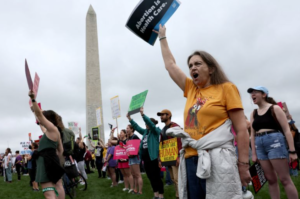 Karen Tingstad, from Minnesota, holds up a sign along with other demonstrators in Washington. 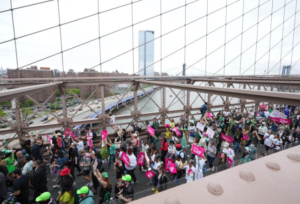 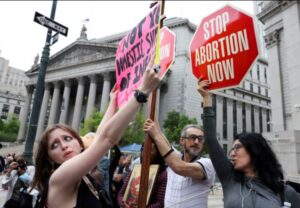 An abortion rights protester holds a placard in front of anti-abortion protesters during a demonstration in New York City.

A person’s earring is seen during an abortion rights march in New York City. 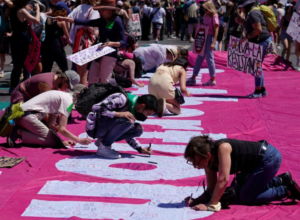 Abortion-rights demonstrators write on a giant banner during a rally at Los Angeles City Hall. 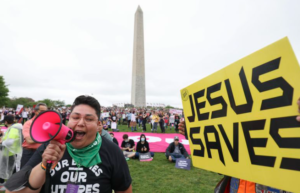 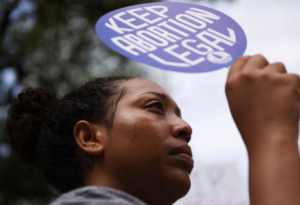 A protester holds up a sign during a demonstration in Houston. 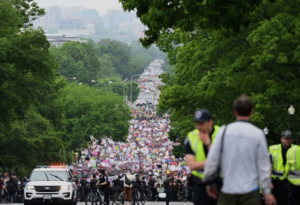 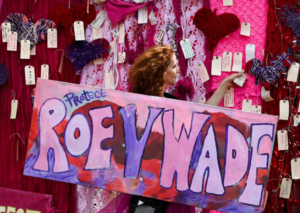 Jacqueline Von Edelbe holds a sign during an abortion rights rally in Chicago. 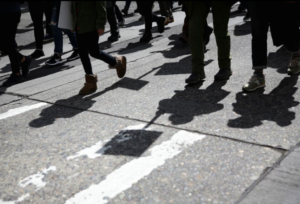 Protesters participate in an abortion rights demonstration in Seattle. 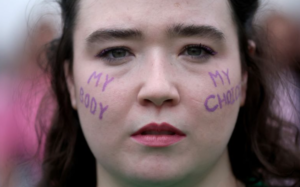 Christa Vonderburg, from Atlanta, participates in a protest in Washington, DC.