Tuface Idibia, popular musician and actor, has tattooed the names of his seven children on his arm, demonstrating his love for them. 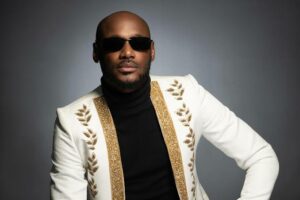 The famed musician shared a video of himself getting a tattoo on his arm on his official Instagram account.

Despite his overwhelming number of kids, the musician has never failed in his role as a father in catering for every one of his kids. 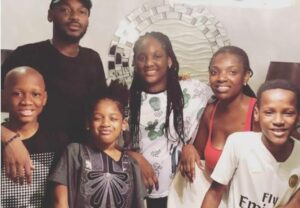 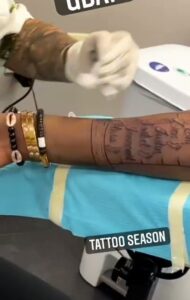 The ‘For Instance’ singer has tattooed each of his children’s names on his arm, demonstrating how much he loves and cares for them.