Reports circulating online indicate that actress Ada Ameh has died in a hospital in Delta and most fans are in disbelieve hoping the news is false. 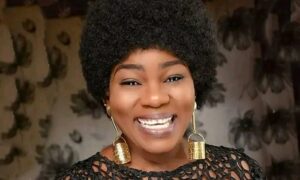 A post sighted online shows that Ada Ameh left the living to join the dead yesterday after she collapsed and was rushed to a hospital in Delta state but unfortunately, she died before they could reach the hospital for medical assistance. 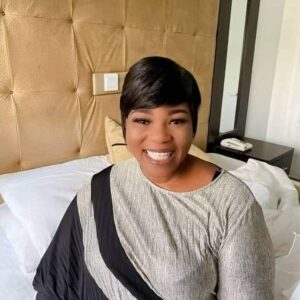 A quick check on her Instagram page shows she shared a video yesterday eating with her family saying that meeting was a dream come through for her and most fans and loved ones are hoping this sad news about her death isn’t true. 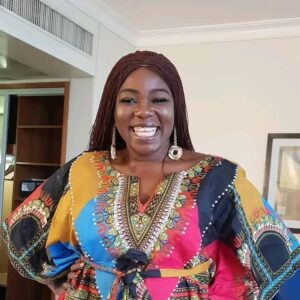 Ada Ameh recently shared her sad story of how she buried her brothers, sisters, and only daughter as well as her father and that it is reported that she has joined them in the land of death. The news hasn’t been confirmed by any friend or colleague of Ada Ameh neither has her family.

We will get our cherished readers updated on any new development. 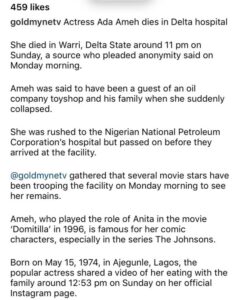 Reports say she died in Warri, Delta State around 11 pm on Sunday.

She was said to have been a guest of an oil company toyshop and his family when she suddenly collapsed.

She was reportedly rushed to the Nigerian National Petroleum Corporation’s hospital but passed on before they arrived the facility.