The two became an item this year after Davido and his ex-fiancee, Chioma Rowland split for the second time.

As their romance got heated, Davido followed Ama Reginald on all social media platforms.

To fuel their romance, Davido had followed all Ama Reginald’s family on social media and was caught liking their photos on several occasions.

Well, it seems the love is over with their latest action.

It was observed that for some time now, the singer hasn’t been liking or commenting on Ama Reginald’s photos which is rare.

TNIN checked to see if they were still following each other and alas, the two had unfollowed each other on the photo sharing platform.

This just confirmed why the singer hasn’t been active on her social media pages.

Davido’s new move is coming weeks after his ex, Chioma Rowland clicked the unfollow button on his ex, King Carter. 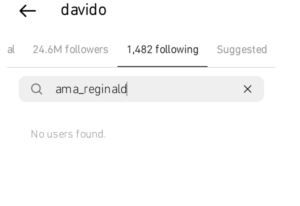 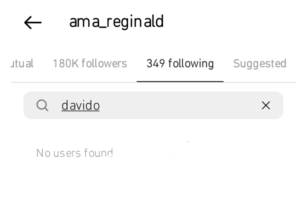