Popular Nigerian crossdresser, Bobrisky has narrated what transpired between him and Papaya Ex at an event, that nearly resulted in a fistfight.

A viral video had surfaced which captured the Lagos socialite next to himself with anger as he threw a bottle at Papaya.

Explaining what had occured, Bobrisky stated that he had arrived at the party earlier and was informed by her friends that Papaya would also be coming.

Bob, who had already threatened to beat up Papaya whenever they see in-person, revealed that he was ‘fully ready’ for Papaya’s arrival. 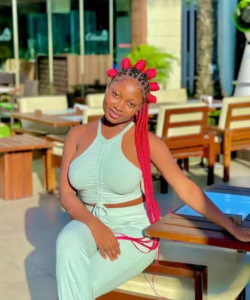 He stated that Papaya arrived at the event in the company of three policemen who, according to Bobrisky, were meant to protect her from him because she knows he’s as good as his words.

The crossdresser revealed that Papaya and her friends who were wearing cultural garbs and dancing drew close to where he was seated.

At this point, he flared up, and took up a bottle of Hennessy but was immediately relieved of it.

Since he couldn’t reach Papaya, in frustration, he took a bottle of table water and flung it at her.

A post shared by The Tattle Room 🇳🇬 🌎 (@thetattleroomng)