Popular Nollywood actress, Genevieve Nnaji has deleted all her Instagram posts and unfollowed everyone on her official Instagram page.

This move has again raised concern about the actress’ well being and mental health from well-meaning fans and social media users. 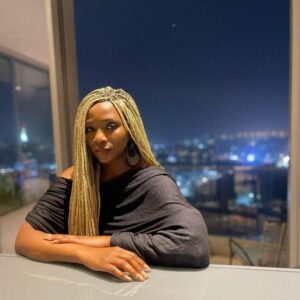 The actress had been on a social media break since March 2, 2022, and hadn’t made any post since then, not even to mark her 43rd birthday on Tuesday, May 3.

Many fans expressed concern about her continued silence on social media and trooped to her page to check on and wish her well on her birthday.

The veteran actress also got netizens worried few months ago after she shared a disturbing post about death, grave and a Quran.

In a recent development today, May 9, Genevieve made an appearance on social media.

However, it was not to share an update about her well being and allay the fears of fans, but to take down all her posts and unfollow everyone she was following on the platform.

See a screenshot of her page below, 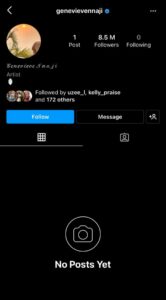 A while ago, controversial Nollywood actor, Uche Maduagwu Uche revealed the alleged reason why the thespian has been AWOL on social media. He claimed she has been off social media because her lover asked her to do so.